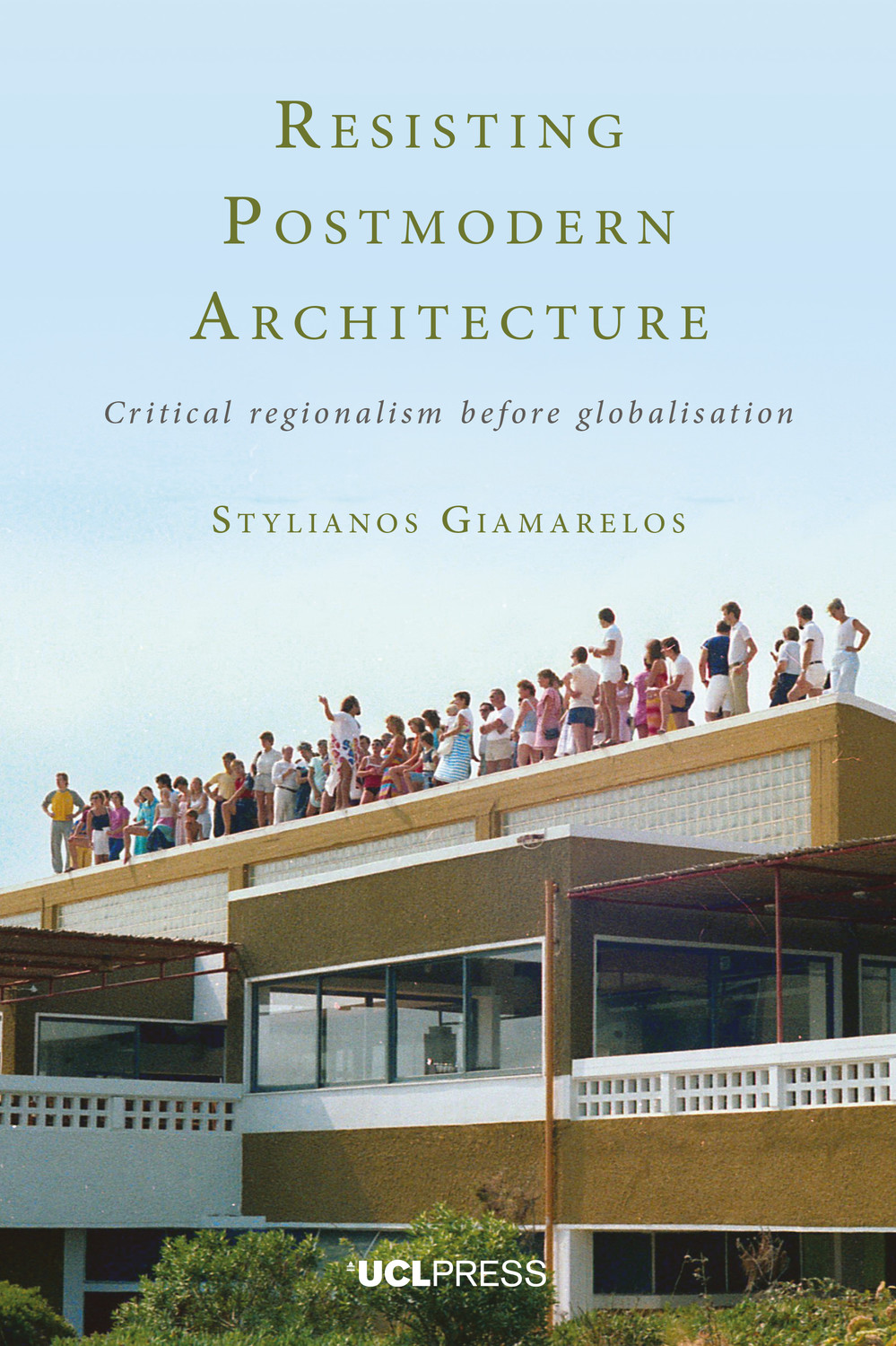 Share: Tweet I recommend this book
Tags: architectural theory, architecture, Built Environment, By (author) Stylianos Giamarelos, critical regionalism, Open Access PDF, postmodernism
‹ Previous Next ›
Since its first appearance in 1981, critical regionalism has enjoyed a celebrated worldwide reception. The 1990s increased its pertinence as an architectural theory that defends the cultural identity of a place resisting the homogenising onslaught of globalisation. Today, its main principles (such as acknowledging the climate, history, materials, culture and topography of a specific place) are integrated in architects’ education across the globe. But at the same time, the richer cross-cultural history of critical regionalism has been reduced to schematic juxtapositions of ‘the global’ with ‘the local’.
Retrieving both the globalising branches and the overlooked cross-cultural roots of critical regionalism, Resisting Postmodern Architecture resituates critical regionalism within the wider framework of debates around postmodern architecture, the diverse contexts from which it emerged, and the cultural media complex that conditioned its reception. In so doing, it explores the intersection of three areas of growing historical and theoretical interest: postmodernism, critical regionalism and globalisation.
Based on more than 50 interviews and previously unpublished archival material from six countries, the book transgresses existing barriers to integrate sources in other languages into anglophone architectural scholarship. In so doing, it shows how the ‘periphery’ was not just a passive recipient, but also an active generator of architectural theory and practice. Stylianos Giamarelos challenges long-held ‘central’ notions of supposedly ‘international’ discourses of the recent past, and outlines critical regionalism as an unfinished project apposite for the 21st century on the fronts of architectural theory, history and historiography.

Stylianos Giamarelos is Lecturer in Architecture at The Bartlett School of Architecture, UCL.