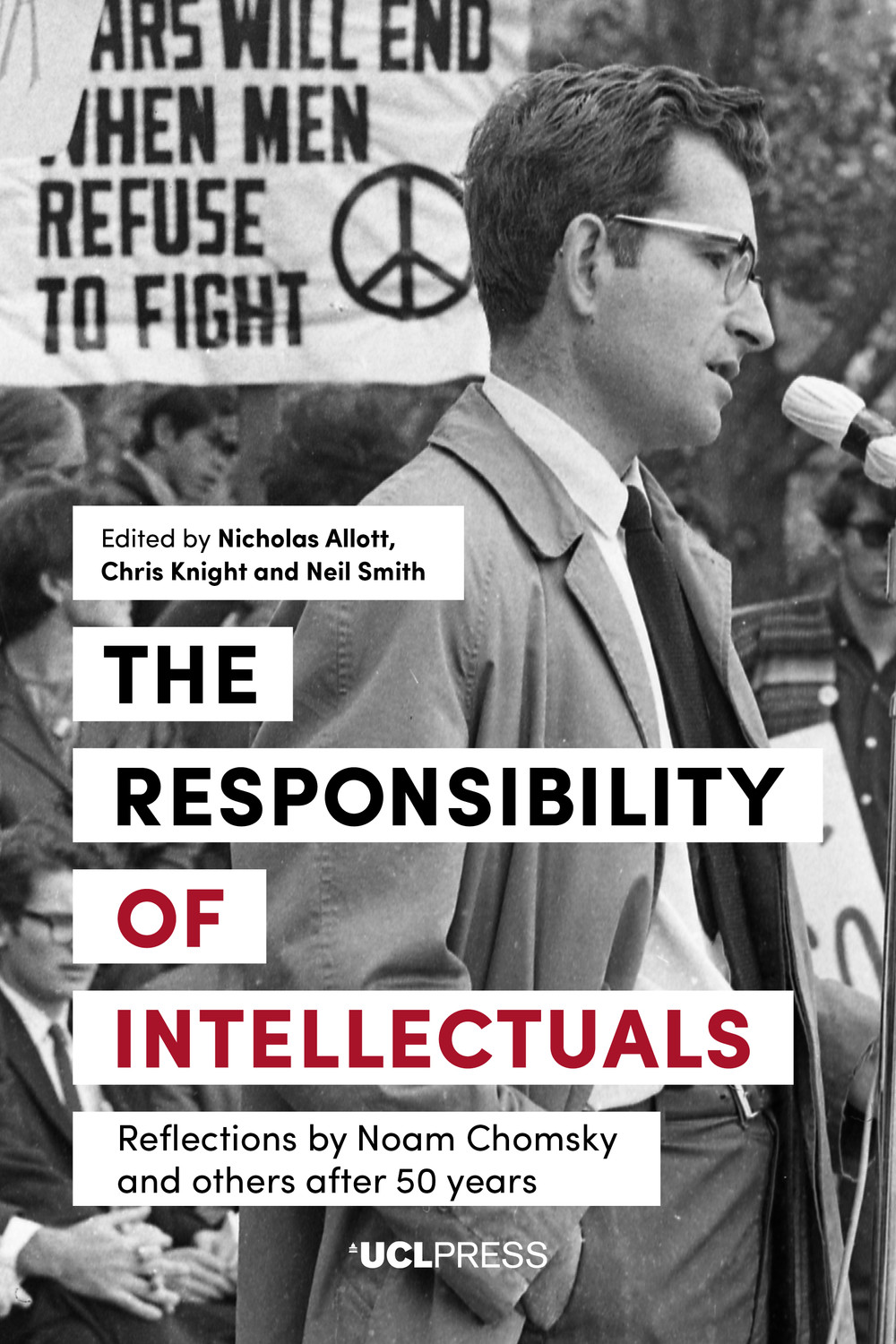 The Responsibility of Intellectuals

Reflections by Noam Chomsky and Others after 50 years

With the publication of ‘The Responsibility of Intellectuals’ half a century ago, Noam Chomsky burst onto the US political scene as a leading critic of the war in Vietnam. Privilege, he argues, brings with it the responsibility to tell the truth and expose lies, but our intellectual culture only pays lip-service to this ideal. The essay has been described as ‘the single most influential piece of anti-war literature’ of the Vietnam War period.

Since then, Chomsky has continued to equip a growing international audience with the facts and arguments needed to understand – and change – our world. According to The New York Times, Chomsky ‘may be the most widely read American voice on foreign policy on the planet today’.

This book revisits ‘The Responsibility of Intellectuals’ half a century on. It includes six new essays written to celebrate Chomsky’s famous intervention and explore its relevance in today’s world. Nicholas Allott, Chris Knight, Milan Rai and Neil Smith have studied and written about Chomsky’s thought for many years, while Craig Murray and Jackie Walker describe the personal price they have paid for speaking out. The book finishes with Chomsky’s recollections of the background to the original publication of his essay, followed by extensive commentary from him on its 50th anniversary.

Chris Knight is a research fellow at UCL and author of Decoding Chomsky: Science and Revolutionary Politics.

Neil Smith is emeritus professor of linguistics at UCL and co-author of Chomsky: Ideas and Ideals among many other books.

Nicholas Allott is senior lecturer in English language at the University of Oslo and co-author of Chomsky: Ideas and Ideals.

"Now 90 years old, Noam Chomsky remains one of the best-known intellectuals and critics of American foreign policy in the world. One of his first major interventions, from the time of the Vietnam War, was his celebrated essay “The Responsibility of Intellectuals”. At least for those sympathetic to his politics, it remains a classic statement of the case for academics and others to speak truth to power and to resist the ever-present pressures and temptations of being co-opted. The essay formed the subject of a conference at UCL marking its 50th anniversary in 2017, at which activists and academics explored what we can still learn from it as well as where it needs rethinking. The results have now been published in a collection, edited by Nicholas Allott, Chris Knight and Neil Smith, The Responsibility of Intellectuals: Reflections by Noam Chomsky and Others after 50 Years..."

Matthew Reisz   Times Higher Education
'... a rich collection ... and one of the most remarkable essays is ['The abdication of responsibility'] by Craig Murray.'
Labour Briefing