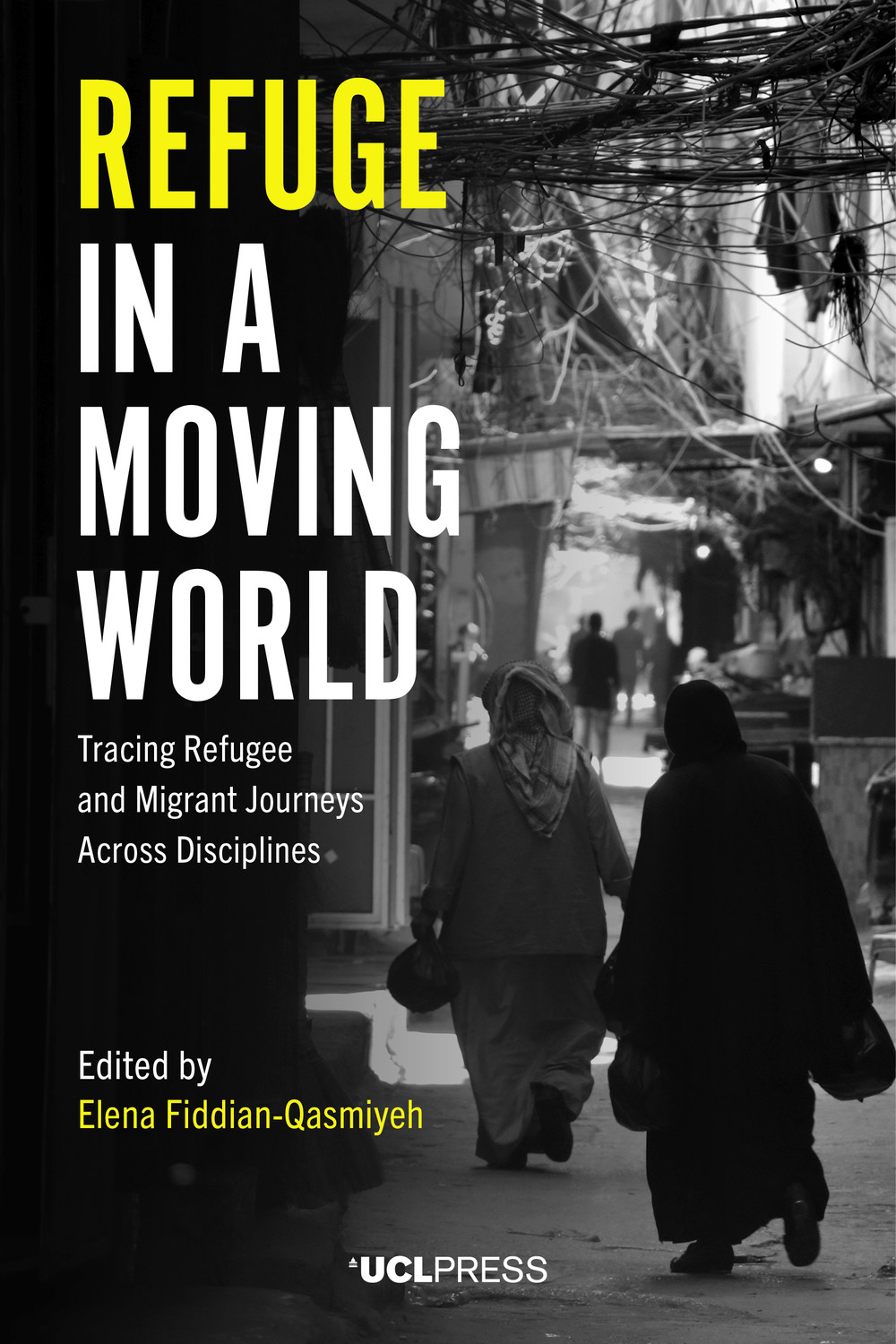 Refuge in a Moving World

Refuge in a Moving World draws together over 30 contributions written from multiple disciplines and fields of research and practice to discuss different ways of engaging with, and responding to, migration and displacement.

The volume combines critical reflections on the complexities of conceptualising processes and experiences of (forced) migration, with detailed analyses of experiences and representations of, and responses to, contemporary and historical processes of (forced) migration around the world. Through interdisciplinary approaches and methodologies – including participatory research, poetic and spatial interventions, ethnography, theatre, discourse analysis and visual methods – the volume documents the complexities of refugees’ and migrants’ journeys. This includes a particular focus on how people inhabit and negotiate everyday life in cities, towns, camps and informal settlements across the Middle East and North Africa, Southern and Eastern Africa, and Europe.

A key dynamic documented throughout the book is the multiple ways that responses to displacement are enacted by people with personal or family experiences of (forced) migration, including in their capacity as researchers, writers and artists, teachers, solidarians, first responders, NGO practitioners, neighbours and/or friends. Through the application of historically- and spatially-sensitive, intersectional and interdisciplinary lenses, the contributors explore the ways that different people – across axes of religion, sexuality, gender and age – experience and respond to their own situations and to those of other people, in the context of diverse power structures and structural inequalities on the local, national and international level.

Ultimately, Refuge in a Moving World argues that working collaboratively through interdisciplinary approaches and methodologies has the potential to develop nuanced understandings of processes of migration and displacement, and, in turn, more sustainable modes of responding to our moving world.

Elena Fiddian-Qasmiyeh is Professor of Migration and Refugee Studies and Co-Director of the Migration Research Unit at UCL, where she is also the Director of the Refuge in a Moving World research network. Her current interdisciplinary research, supported by the AHRC-ESRC, European Research Council and Leverhulme Trust, examines experiences of and responses to displacement in the Middle East. Her books include The Ideal Refugees (2014), The Oxford Handbook of Refugee and Forced Migration Studies (2014), South-South Educational Migration, Humanitarianism and Development (2015), and The Handbook of South-South Relations (2018). She also co-edits the Migration and Society journal.

List of Figures and Table
List of Abbreviations
About the Contributors
Acknowledgements
Introduction: Refuge in a Moving World: Refugee and migrant journeys across disciplines
Elena Fiddian-Qasmiyeh

Part I: Researching and Conceptualising Displacement in a Moving World
1.    Negotiating Research and Life Spaces: Participatory research approaches with young migrants in the UK
Semhar Haile, Francesca Meloni and Habib Rezaie
2.    Voices to be Heard? Reflections on refugees, strategic invisibility and the politics of voice
Semhar Haile
3.    Stories of Migration and Belonging
Eva Hoffman and Jonny Steinberg in conversation with Tamar Garb
4.    Writing the Camp, Writing the Archive: The case of Baddawi refugee camp
Yousif M. Qasmiyeh
5.    Making Home in Limbo: Belgian refugees in Britain during the First World War
Christophe Declerq
6.    Exploring Practices of Hospitality and Hostility toward Migrants through the Making of a Documentary Film: Insights from research in Lampedusa
Michela Franceschelli and Adele Galipò
7.    Mediterranean distinctions: forced migration, forceful hope, and the analytics of desperation
Alice Elliot
8.    Does Climate Change Cause Migration?
Ilan Kelman

Part II: Responding To Displacement: Advocacy, Aesthetics and Politics in a Moving World
9.    We Are Movers: We are towers of strength
We are Movers
10.    Advocacy for LGBTI Asylum in the UK: Discourses of distance and proximity
Thibaut Raboin
11.    The Unintended Consequences of Expanding Migrant Rights Protections
Ralph Wilde
12.    Visual Politics and the 'Refugee' Crisis: The images of Alan Kurdi
Tom Snow
13.    Crossing Borders, Bridging Boundaries: Reconstructing the rights of the refugee in comics
Dominic Davies
14.    Theatre and/as Solidarity: Putting yourself in the shoes of a refugee through performance
Marta Niccolai
15.    The Empty Space: Performing migration at the Good Chance Theatre in Calais
Tom Bailey
16.    Care in a Refugee Camp: A case study of a humanitarian volunteer in Calais
Sarah Crafter and Rachel Rosen
17.    The Jungle
Yousif M. Qasmiyeh 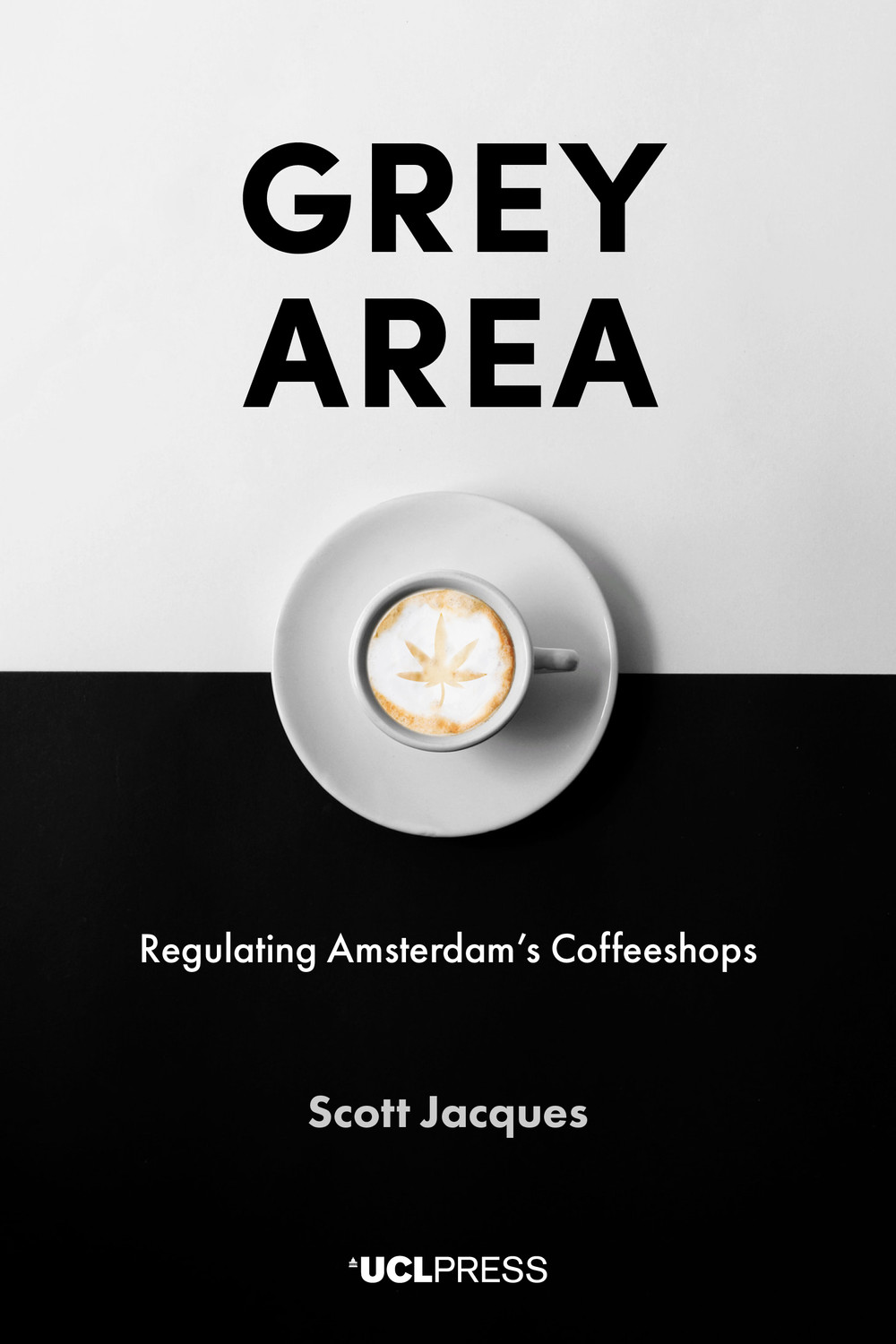 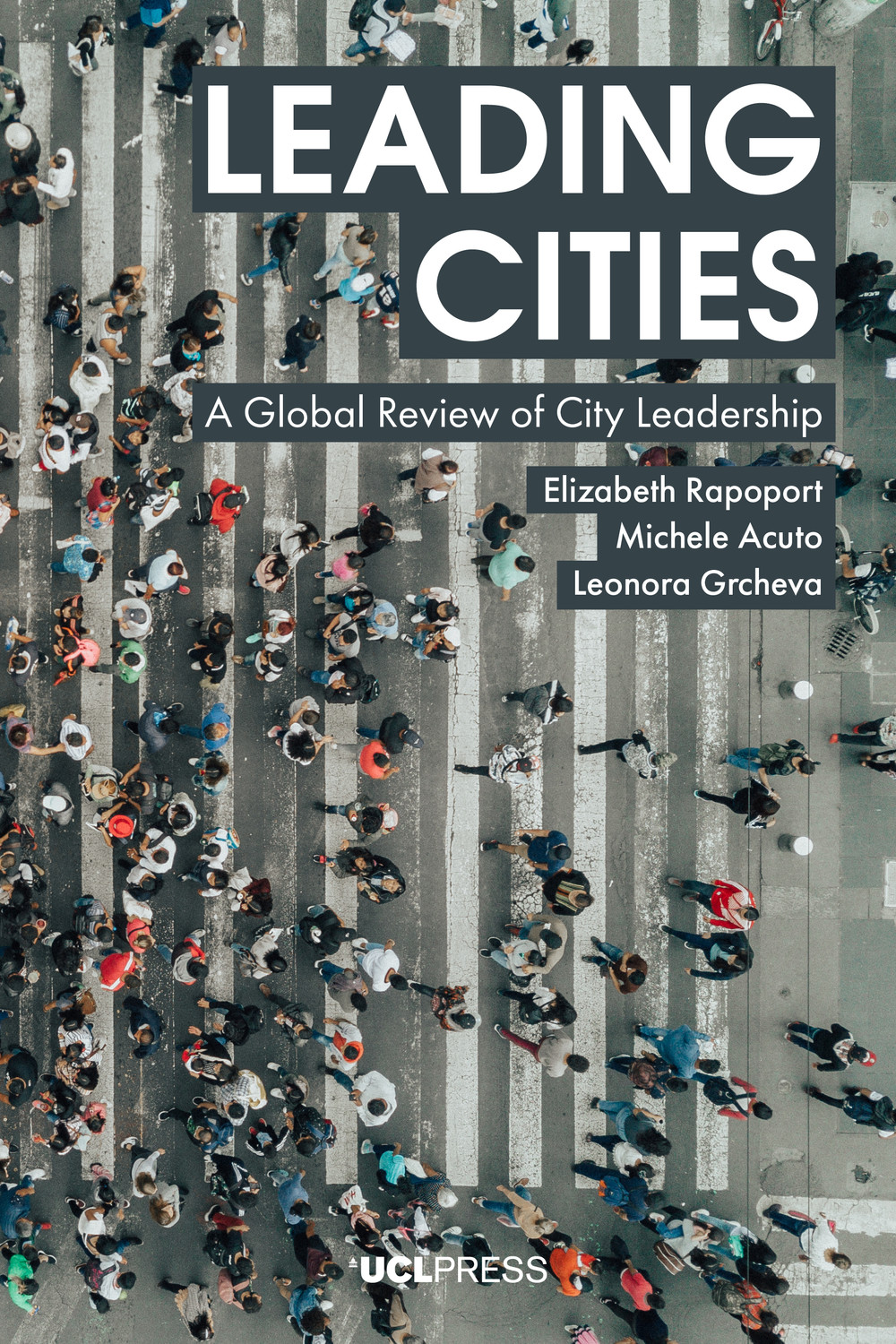 Leading Cities is a global review of the state of city leadership and urban g... 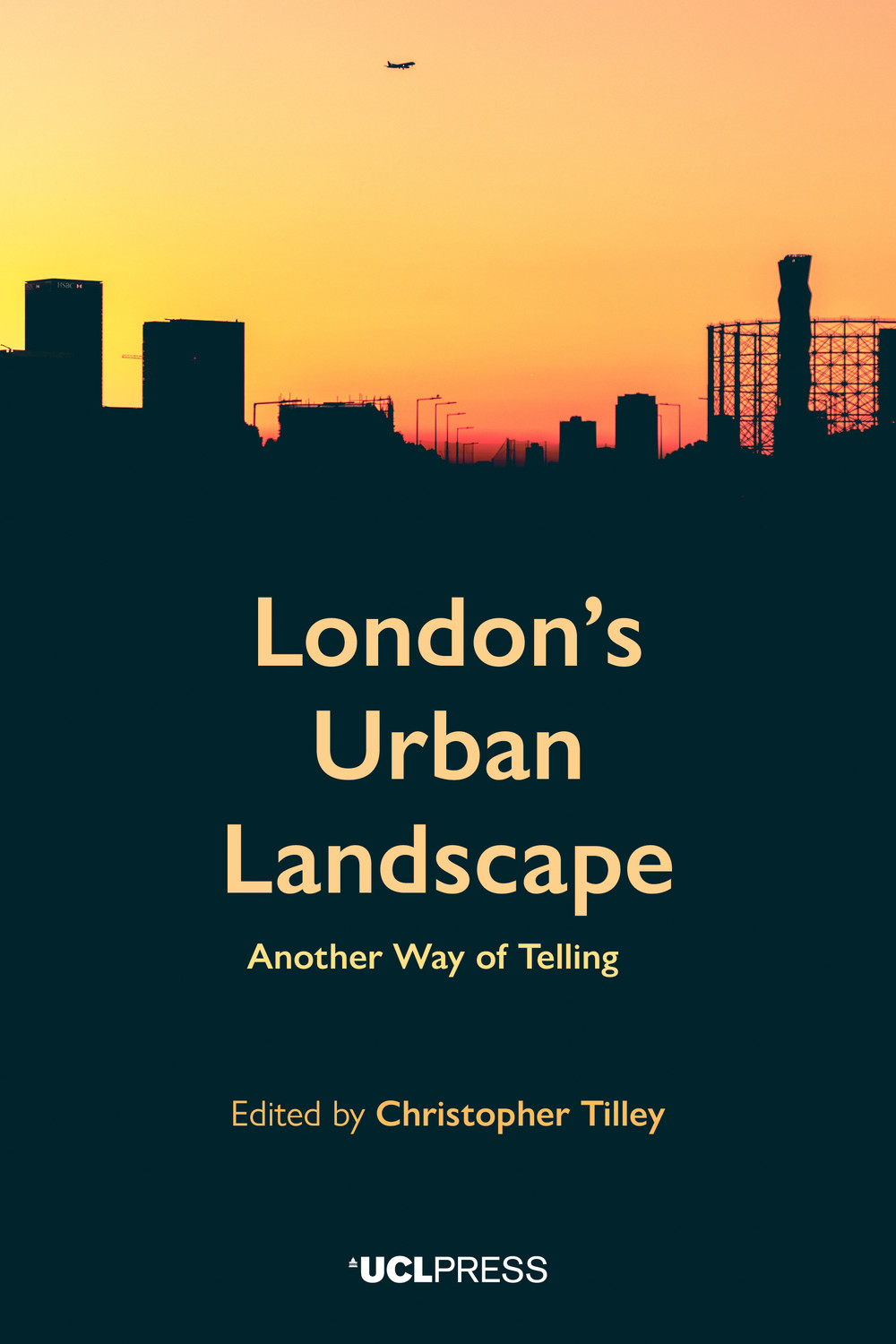 London’s Urban Landscape is the first major study of a global city to adopt a... 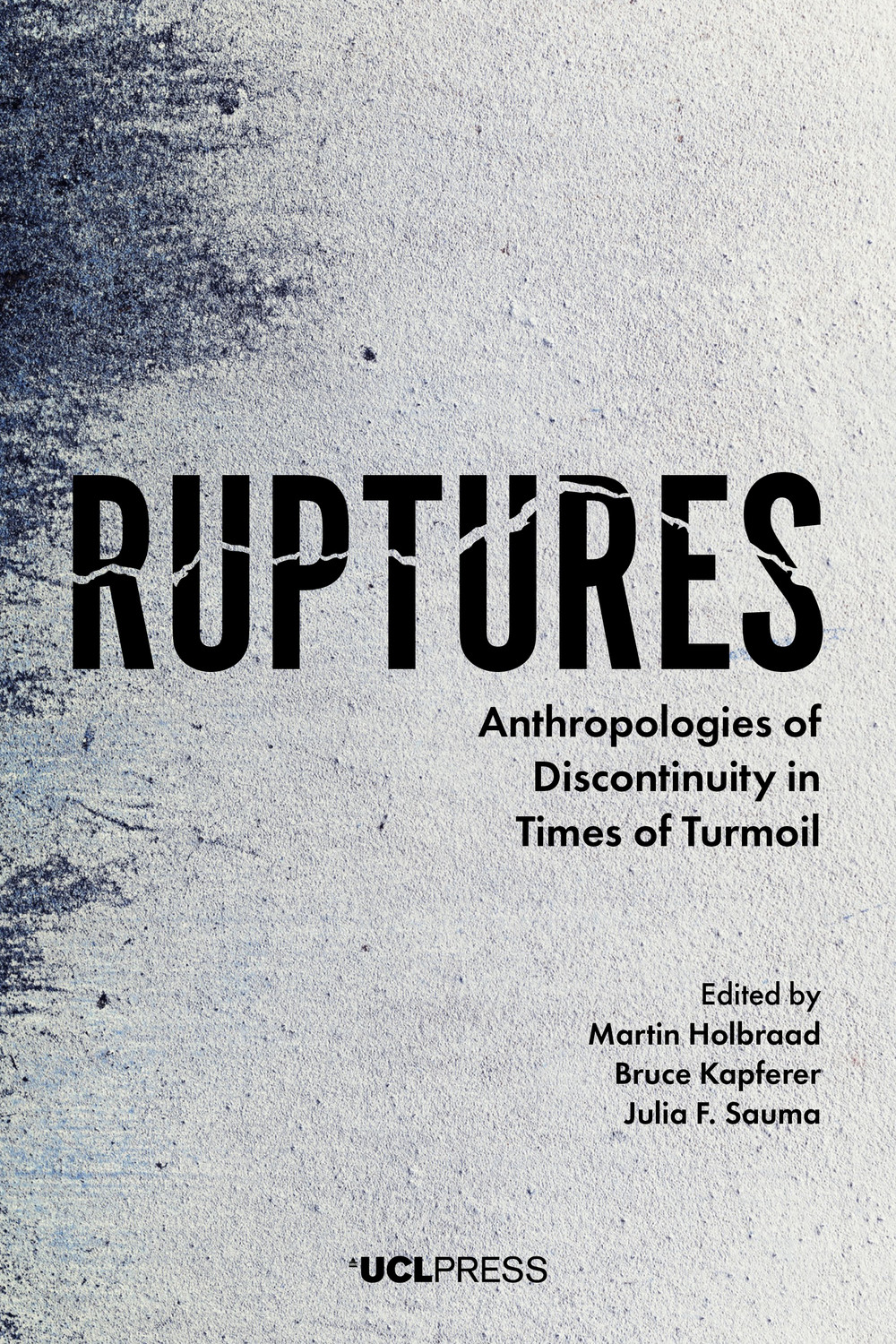