Search
Home » Paradise from behind the Iron Curtain 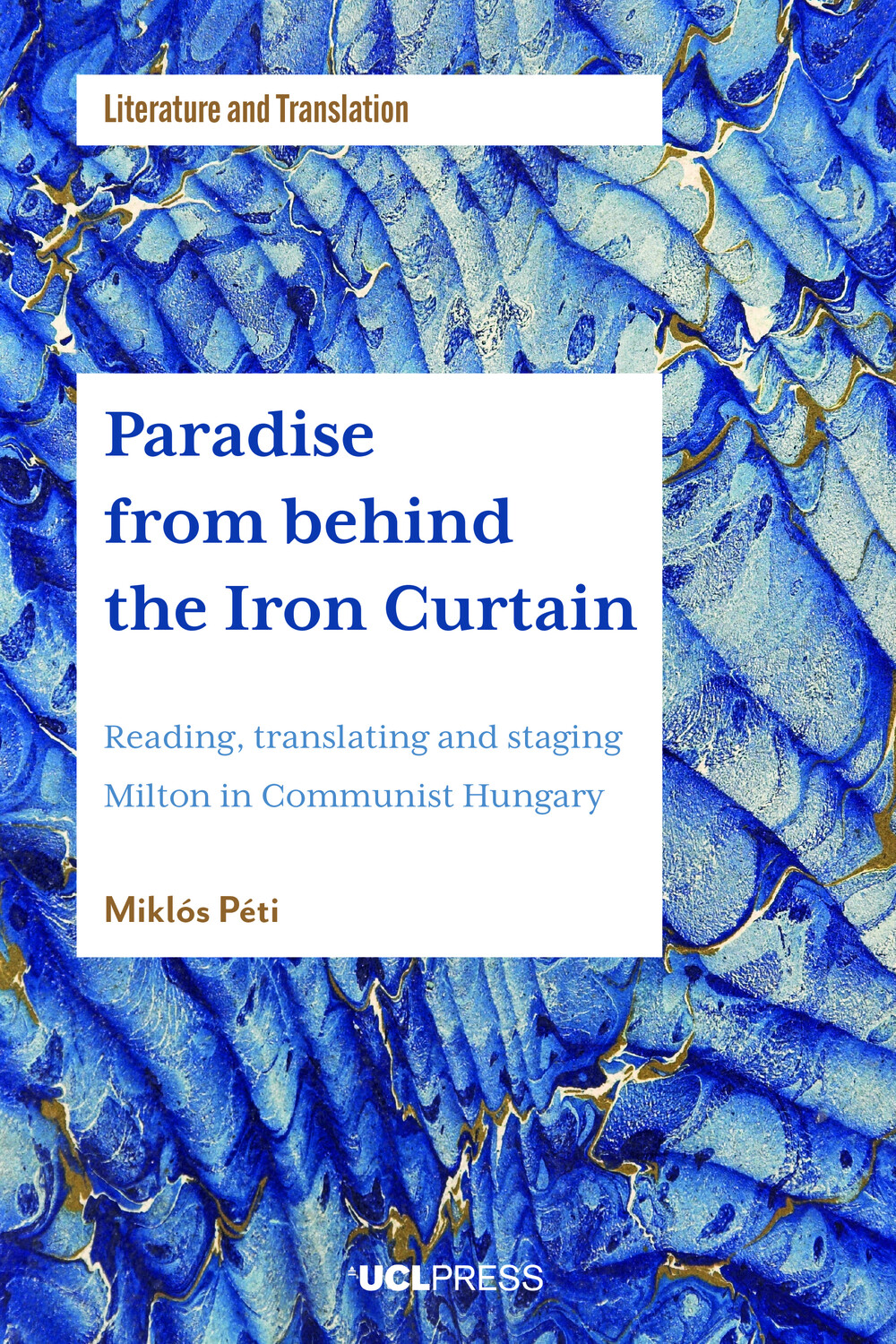 Paradise from behind the Iron Curtain

Share: Tweet I recommend this book
Tags: Area Studies, By (author) Miklós Péti, communism, Hungary, John Milton, literary criticism, literature, Literature and Translation, Open Access PDF, reception, socialism, translation
Paradise from behind the Iron Curtain provides a detailed survey of the key responses to Milton’s work in Hungarian state socialism. The four decades between 1948 and 1989 saw a radical revision of previous critical and artistic positions and resulted in the emergence of some characteristically Eastern European responses to Milton’s works. Critical and artistic appraisals of Milton’s works in the communist era proved more controversial than receptions of other major Western authors: on the one hand, Milton’s participation in the Civil War earned him the title of a ‘revolutionary hero,’ on the other hand, religious aspects of his works were often disregarded and sometimes proactively suppressed. Ranging through all the genres of Milton’s oeuvre as well as the critical tradition, the book highlights these diverging responses and places them in the wider context of socialist cultural policy.
In addition, the author presents the full Hungarian script of the 1970 theatrical performance of Milton’s Paradise Lost, the first of its kind since the work’s publication, including a parallel English translation, which enables a deeper reflection on Milton’s original theodicy and its possible interpretations in communist Hungary.

1 Forms of attention and neglect: Milton’s epics in print and on stage – and in oblivion
2 Samson: An unlikely hero of socialism
3 A tale of two scholars: Milton’s prose in communist Hungary
4 ‘I rebel quietly’: Revolution and gender in Hungarian translations of Milton’s shorter poems

Appendix
Bibliography
Index
‘Péti has written an exemplary study of Milton's 20th-century reception and of the politics of literary scholarship, and an important contribution to the study of Hungarian literary culture.’ – András Kiséry, The City College of New York (CUNY)

‘This eye-opening book surveys the landscape of literary life and literary scholarship behind the Iron Curtain. The exploration of the creative and critical interpretations of Milton produced in communist Hungary reveals fascinating resonances as well as contrasts with the Anglo-American Milton of the Cold War and its aftermath.’ – Joanna Picciotto, University of California Berkeley