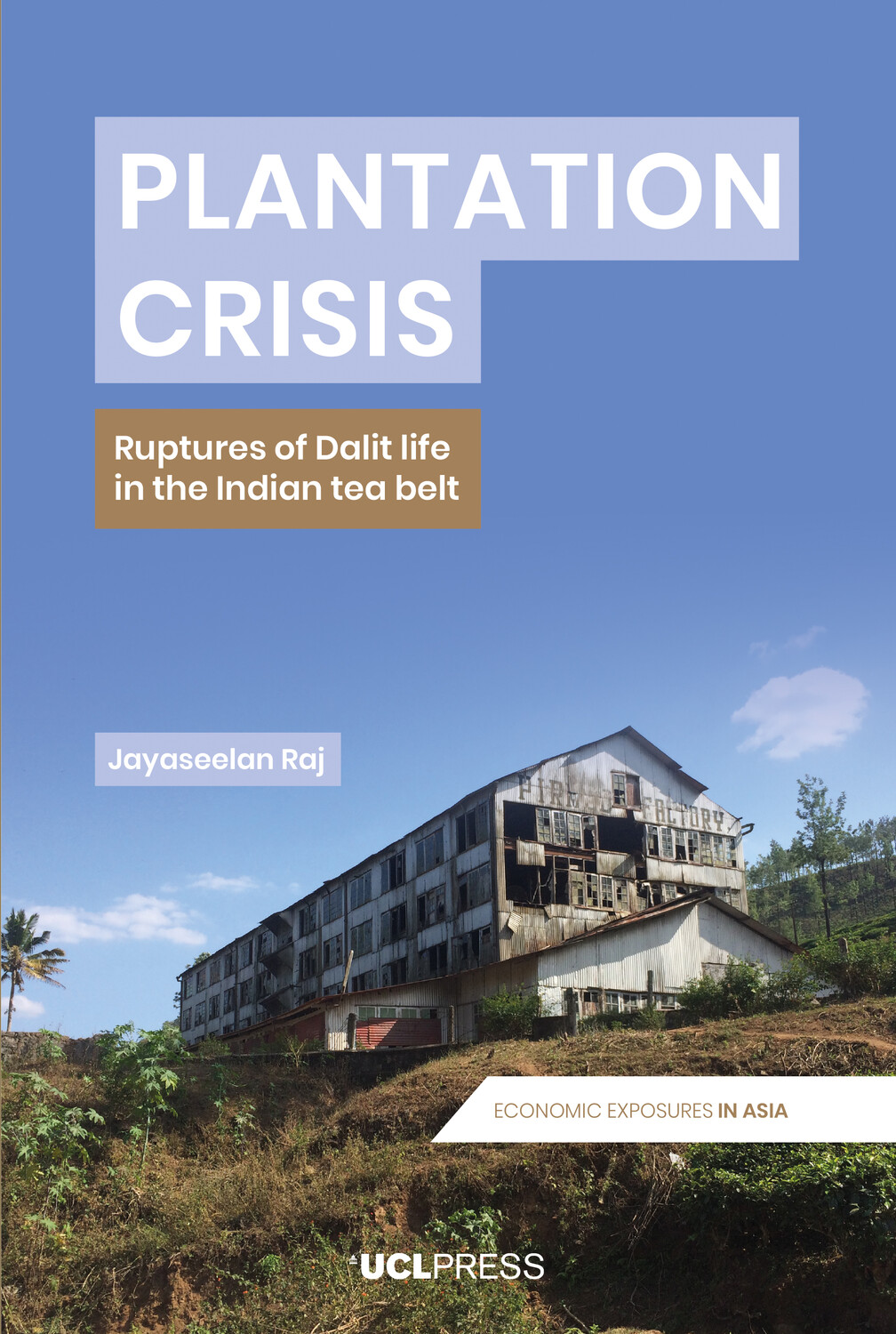 Ruptures of Dalit life in the Indian tea belt

Share: Tweet I recommend this book
Tags: Anthropology, By (author) Jayaseelan Raj, capitalism, class system, Dalit, Economic Exposures in Asia, economics, ethnography, India, Open Access PDF, ruptures, social classes, sociology, tea belt
What does the collapse of India’s tea industry mean for Dalit workers who have lived, worked and died on the plantations since the colonial era? Plantation Crisis offers a complex understanding of how processes of social and political alienation unfold in moments of economic rupture. Based on long-term ethnographic fieldwork in the Peermade and Munnar tea belts, Jayaseelan Raj – himself a product of the plantation system – offers a unique and richly detailed analysis of the profound, multi-dimensional sense of crisis felt by those who are at the bottom of global plantation capitalism and caste hierarchy.

Tea production in India accounts for 25 per cent of global output. The colonial era planation system – and its two million strong workforce – has, since the mid-1990s, faced a series of ruptures due to neoliberal economic globalisation. In the South Indian state of Kerala, otherwise known for its labour-centric development initiatives, the Tamil speaking Dalit workforce, whose ancestors were brought to the plantations in the 19th century, are at the forefront of this crisis, which has profound impacts on their social identity and economic wellbeing. Out of the colonial history of racial capitalism and indentured migration, Plantation Crisis opens our eyes to the collapse of the plantation system and the rupturing of Dalit lives in India's tea belt.

Jayaseelan Raj is Assistant Professor at the Centre for Development Studies, Thiruvananthapuram, India, and Fellow in the GRNPP project at SOAS, London.

List of figures and tables
Acknowledgements
Preface
Introduction
1 Pre-crisis: The making of moral order
2 Workers: Stay on, move out
3 Retirees: Failed attempt to stay on
4 Youth: Hidden injuries of caste
5 ‘Dam’ned in dispute
6 Crisis of relations
7 Rumour and gossip in a time of crisis.
8 New companies, new workforce
9 The social consequences of crises.
Appendix 1: A short history of Peermade tea belt
References
‘Raj’s well-crafted ethnography offers profound and moving insight into the experience of Tamil Dalit plantation workers as they become alienated not just from their labour and its product, but from their families, communities, settlements and selves. An excellent read.’ – Tania Li, University of Toronto

‘An important, insightful and compelling story of the alienation of Tamil Dalit plantation workers, the disjuncture between economic and social mobility, the production of stigma and the role of caste and class, the failure of unions alongside that of the state and corporations, the destruction of labour organisation yet the possibility of finding resistance. Not only a major contribution to the South Asian literature but also a decolonisation “must read”.’ – Alpa Shah, London School of Economics