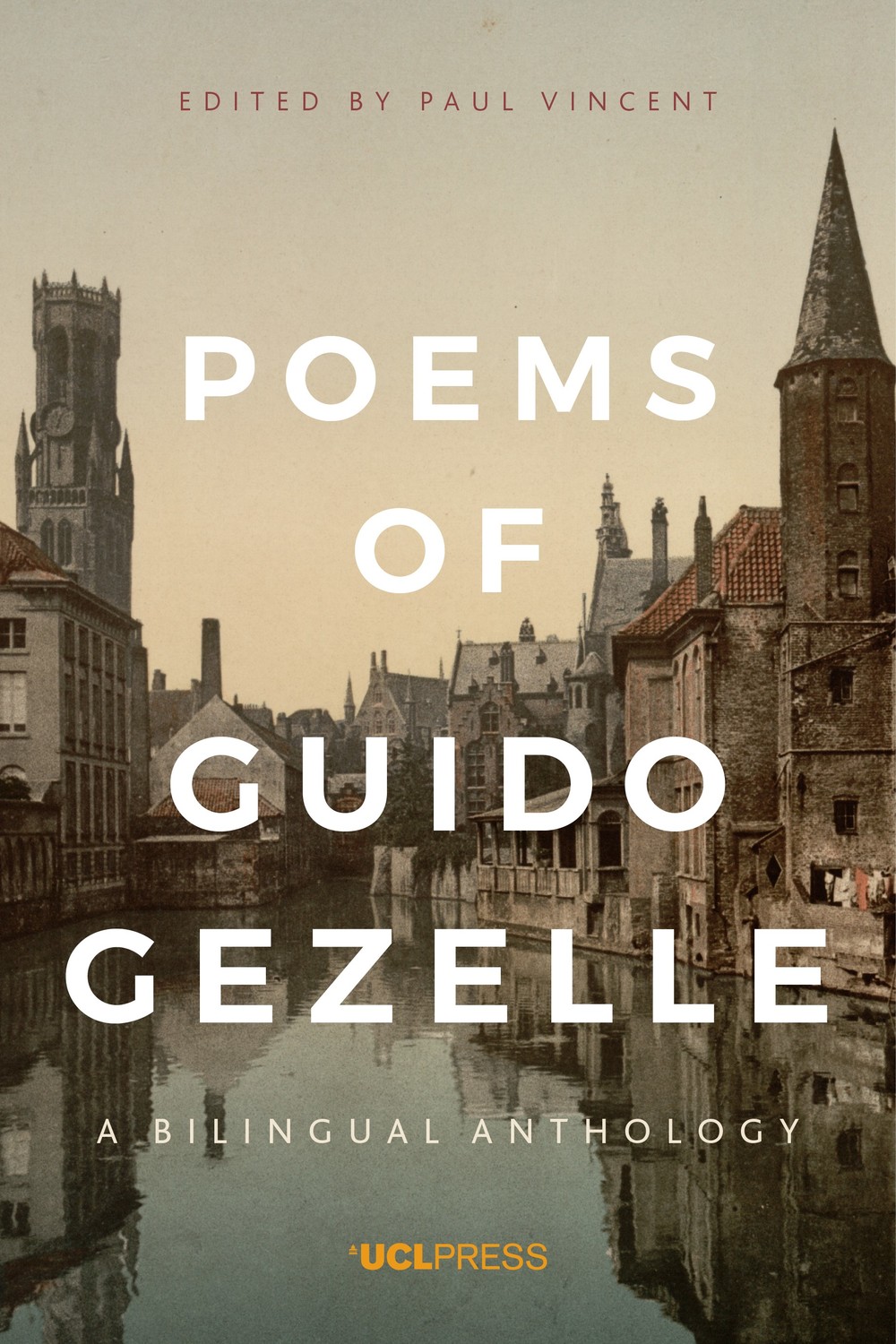 Share: Tweet I recommend this book
Tags: area studies, Department of Dutch, Dutch, Edited by Paul Vincent MA, flanders, flemish literature, flemish poetry, Gezelle, Guido Gezelle, Honorary Senior Lecturer, literary flemish, Literature, lityerature, MTA FCIoL, Open Access PDF, paul vincent, Poetry, poetry in translation, translated poetry, translation studies, UCL
The Bruges-born poet-priest Guido Gezelle (1830–1899) is generally considered one of the masters of 19th-century European lyric poetry. At the end of his life and in the first two decades of the 20th century, Gezelle was hailed by the avant-garde as the founder of modern Flemish poetry. His unique voice was belatedly recognised in the Netherlands and often compared with his English contemporary Gerard Manley Hopkins (1844–1889).
In this bilingual anthology, award-winning translator Paul Vincent selects a representative picture of Gezelle’s output, from devotional through narrative, to celebratory and expressionistic. Gezelle’s favourite themes are childhood, the Flemish landscape, friendship, nature, religion and the Flemish vernacular, and his apparently simple poems conceal a sophisticated prosody and a dialogue with spiritual and literary tradition.
However, an important barrier to wider international recognition of his lyric genius up to now has been the absence of translations that do justice to the vigour and musicality of Gezelle’s West Flemish idiom. Two of the translations included go some way to redressing the balance: ‘The Watter-Scriever’ by Scotland’s national poet Edwin Morgan and ‘A Little Leaf . . .’ by Francis Jones. Both translators make brilliant use of their own vernaculars (Glaswegian and North Yorkshire respectively) to bring Gezelle to life for the non-Dutch-speaking reader.