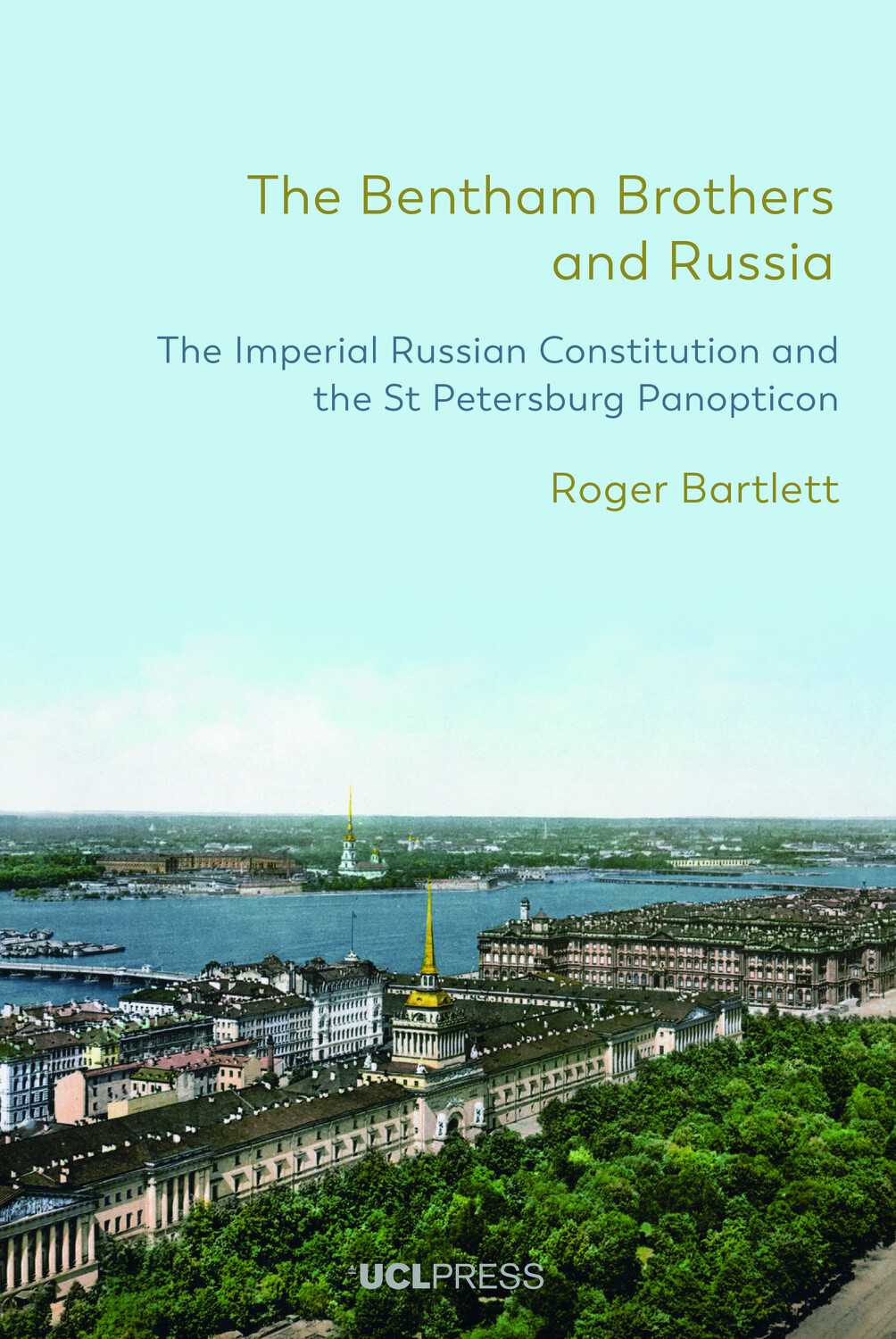 The Bentham Brothers and Russia

The Imperial Russian Constitution and the St Petersburg Panopticon

Share: Tweet I recommend this book
Tags: Alexander the first, Bentham, bentham studies, british navy, By (author) Roger Bartlett, Chichagov, codification, Czartoryski, Dumont, History, Jeremy Bentham, Novosil’tsev, Open Access PDF, Panopticon, philosophy, Rosenkampff, Russia, russiam constitution, russian law code, russian navy, Samuel Bentham, Speranskii
‹ Previous Next ›
The jurist and philosopher, Jeremy Bentham, and his lesser-known brother, Samuel, equally talented but as a naval architect, engineer and inventor, had a long love affair with Russia. Jeremy hoped to assist Empress Catherine II with her legislative projects. Samuel went to St Petersburg to seek his fortune in 1780 and came back with the rank of Brigadier-General and the idea, famously publicised by Jeremy, of the Inspection-House or Panopticon. The Bentham Brothers and Russia chronicles the brothers’ later involvement with the Russian Empire, when Jeremy focused his legislative hopes on Catherine’s grandson Emperor Alexander I (ruled 1801-25) and Samuel found a unique opportunity in 1806 to build a Panopticon in St Petersburg – the only panoptical building ever built by the Benthams themselves.
Setting the Benthams’ projects within an in-depth portrayal of the Russian context, Roger Bartlett illuminates an important facet of their later careers and offers insight into their world view and way of thought. He also contributes towards the history of legal codification in Russia, which reached a significant peak in 1830, and towards the demythologising of the Panopticon, made notorious by Michel Foucault: the St Petersburg building, still relatively unknown, is described here in detail on the basis of archival sources. The Benthams’ interactions with Russia under Alexander I constituted a remarkable episode in Anglo-Russian relations; this book fills a significant gap in their history.

Roger Bartlett is Emeritus Professor of Russian History in the School of Slavonic and East European Studies, UCL.